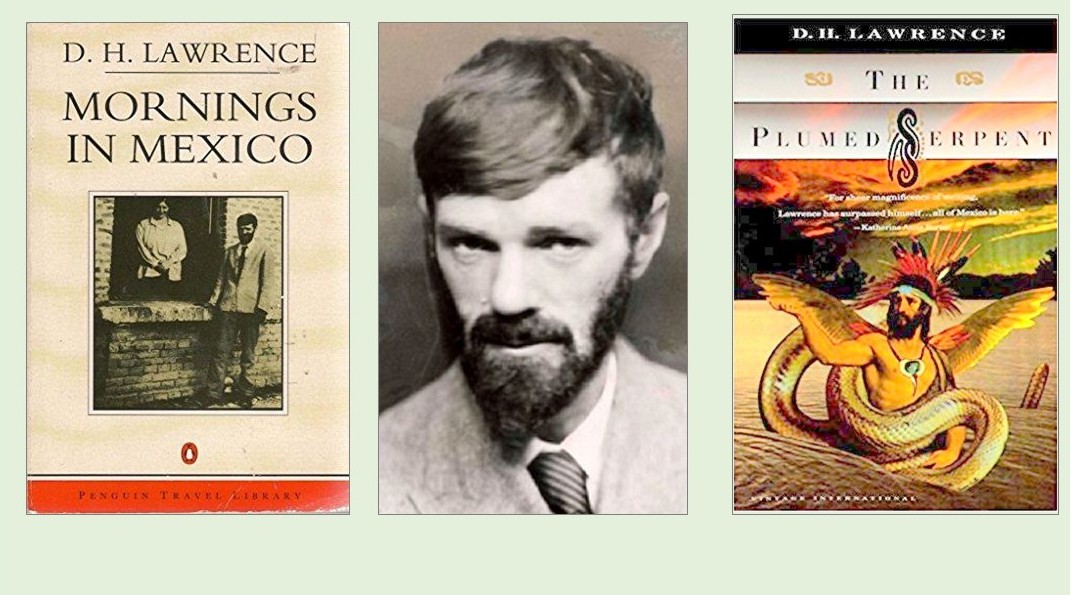 Anyone who lives along the Riberas de Chapala will instantly recognize it as the inspiration for D. H. Lawrence’s book The Plumed Serpent – Quetzalcoatl – which is set in Mexico during the decade following the Mexican Revolution.  Critics have given it mixed reviews, in part because it is a not-too-veiled expression of Lawrence’s racism, fascist sympathies, and sexism.  Even so, the passages which describe life along the Ribera – at a time when passenger rail still linked Mexico City to Guadalajara and the fastest way from Chapala to Jocotopec was still by boat –  afford an intoxicating, firsthand glimpse into a life now beyond the memories of even Lakeside’s oldest inhabitants.

The book might never have been written had Lawrence not exiled himself from Britain in 1919 and embarked on an extended world tour which finally brought him to Mexico in 1923.  His disenchantment with his homeland was the unintended result of his 1914 marriage to an Englishwoman who was closely related to Germany’s von Richtofen family.  As a consequence, their passports were revoked for the Great War’s duration and the locals among whom they lived in Cornwall falsely suspected her to be a German spy.  It didn’t help that Lawrence was a pacifist who had been ruled physically unfit for military duty, although he managed to escape the fate of other pacifists including Bertrand Russell who were imprisoned for their beliefs.

Even though Lawrence had never been to Mexico before, The Plumed Serpent illustrates Lawrence’s amazing ability to quickly immerse himself in its culture and folklore.  He began the book in 1923 and published it in 1925.

Today, guests at Chapala QQ Inn can spend the night in the same suite where Lawrence penned his ode to a now bygone Mexico….

Promoting the Amazon-published works of English language writers living along the shores of Mexico's Lake Chapala. View all posts by Riberas Authors