Riberas Authors’ 2nd WEDNESDAY series presents the area’s best in books, visual art, and musical performances to the public.  Each month celebrates a different author, visual artist, and musician in a the garden setting of the Lake Chapala Society’s South Campus (map here).  Hear local authors read from their work, and learn about the experiences which have influenced it.

Check out this month’s program… 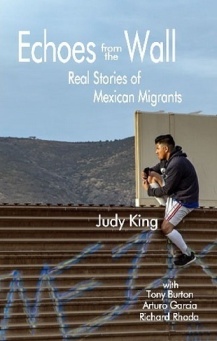 Plenty of villagers along the Ribera have at one time or another lived and worked in the States, or have family – including children and grandchildren – born in the U.S.

Many now returned to Mexico were the victims of joblessness spawned by the 2008 recession, and others of U.S. immigration law enforcement.  Some of their stories are among those which appear in Judy King’s just-released work Echoes from the Wall:  Real Stories of Mexican Migrant.

In Echoes, the author has built upon her collection of oral histories to animate a deep dive into the cultural, economic, and legal context of Mexican migration.   It’s a revealing, nothing-but-the-facts account of U.S. immigration law, processes, and enforcement presented from a rare viewpoint and written in straightforward prose that reflects King’s experience as a journalist. A long-time resident of Mexico, Judy’s exploration of the immigration issue reflects a sensitivity to the Mexican experience which often escapes foreign journalists.

Read more about Judy and her other books here.

More about Bev and her art here. 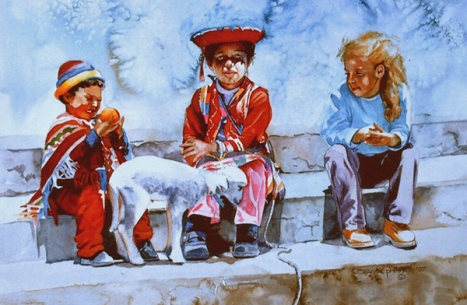 ‘Jeri In Peru” by Bev Kephart 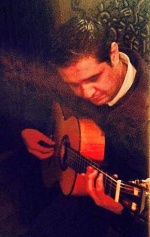 Classical guitarist Ivan Olivares studied music and composition at the University of Guadalajara.

He is also an accomplished violinist.

Promoting the Amazon-published works of English language writers living along the shores of Mexico's Lake Chapala. View all posts by Riberas Authors